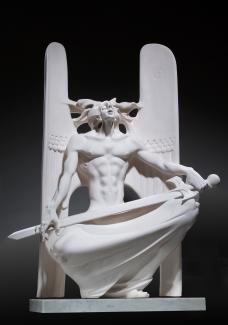 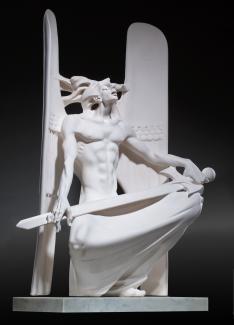 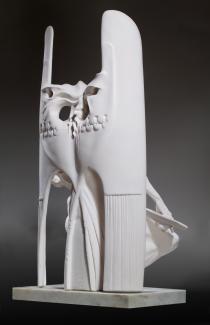 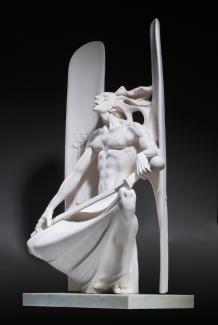 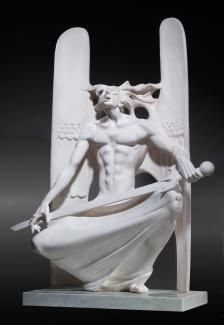 And prevailed not; neither was their place found any more in heaven.

And the great dragon was cast out, that old serpent, called the Devil, and Satan, which deceiveth the whole world: he was cast out into the earth, and his angels were cast out with him. (John’s revelation 12:7-9)

Archangel Michael is considered the greatest and most honorable angel in Jewish, Christian and Muslim traditions and Holy Writs. According to Muslim beliefs, he is an angel providing people with both food and knowledge.

The cult of Saint Michael originates in the East and dates back to the 4th century. The story of Saint Michael is written in the New Testament by the name Apocalypse, where his fight with the Dragon is described. In the Holy Writ Archangel Michael is called “prince”, “the leader of God’s army” and is depicted as the main warrior fighting against the devil and any lawlessness among people. It is him that leads the Heavenly army when the devil rebels against God. Thus his ecclesiastical name “Archistratigus”, that is the senior warrior, leader. Michael’s weapon is a flaming sword.

The sculptor realized the idea of a “frontier” in his composition. We see the archangel who has sat down for a moment. His eyes are looking up, at God, and his hair is fluttering like a fiery whirlwind. His eyes are half closed, his mouth is half open, and the viewer has an impression that he is either breathing in or breathing out. The sword is lying on his lap; he is clutching its handle with one hand, whereas the other one is lying at its edge in a relaxed way. His powerful half-stretched wings are like a huge shield that protects the spiritual nature of the Archangel.

The author does not give a definite answer to the question whether Michael is presented before the battle or after it. He gives the viewer an opportunity to penetrate into the state of the composition and answer this question themselves.