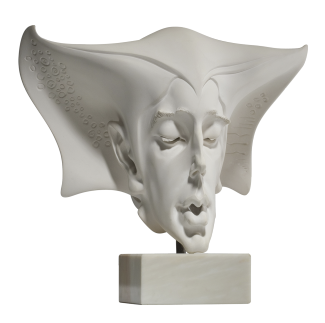 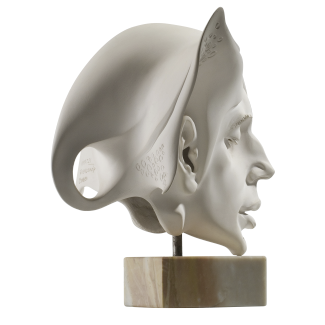 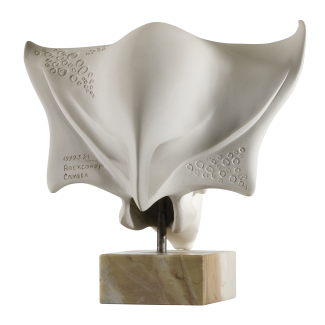 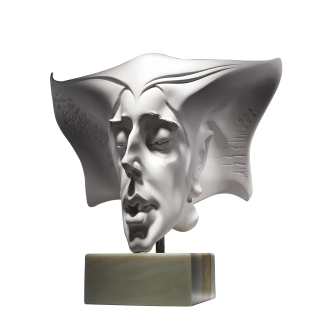 The sphere upon which mortals come and go,

Has no end nor beginning that we know;

And none there is to tell us in plain truth:

Whence do we come and whither do we go.

The young man’s portrait carries the idea of reincarnation of the soul in every new life. Belief in reincarnation is an ancient phenomenon and is intrinsic to many religions and religious traditions: Buddhism, Hinduism, Daoism and others. Among the ancient Greeks who believed in reincarnation and taught this   doctrine were Pythagoras, Empedokles, Sokrates and Platon.

A refined face, like a mirage, moves to meet his fate.

Young man, who are you? Where have you come from and where to are you going?

The portrait gradually transforms into a hat and looks like either a bird hovering in the sky, or a ray swimming in the water. As if two elements, the water and the air, have joined in it and between the two he is like a candle whispering in darkness.

«Like a person takes off old clothes and puts on new ones, the soul enters new material bodies, leaving the old and useless ones behind…”