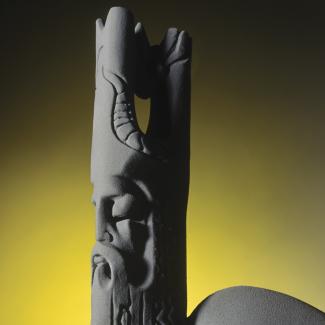 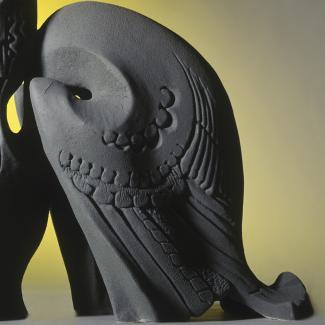 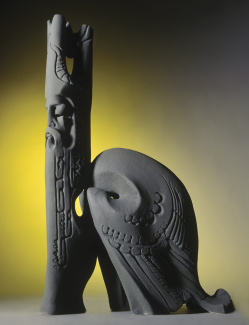 The Assyrian sphinx is an ancient solar symbol of strength and power, wisdom and mystery, defense and protection.

The Romans considered the Assyrian state the first “world empire” and a predecessor of their own one, the Roman Empire. However, the Romans were prudent and careful: they spent a lot of time on making all the new lands they had conquered habitable and part and parcel of their state. The Assyrians, on the contrary, were acting as if they were trying to grasp the immensity. Their huge country, stretching from Egypt and the Mediterranean Sea to Transcaucasia and  the Iranian plateaus, and further to the South up to Persian Gulf and the Arabian Desert, was pulsating like an amoeba, flaming with riots and at the same time trembling with fear. At that time there was no army stronger than the Assyrian army. Assyria was living by war and for war. There is no other example in history of a country which was leading wars for 700 years without a break. At the same time Pythagorean theorem had been known there long before the times of Pythagoras. Besides, it was in the Assyrian capital, Nineveh, that the renowned library of cuneiform plates was gathered in – a library that was a priceless collection of ancient texts, thanks to which we know so much about the history of Mesopotamia.