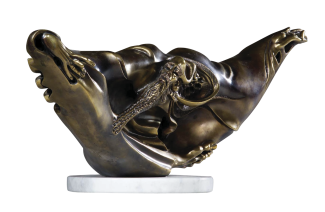 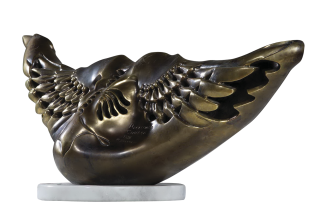 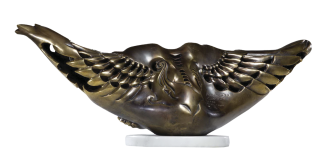 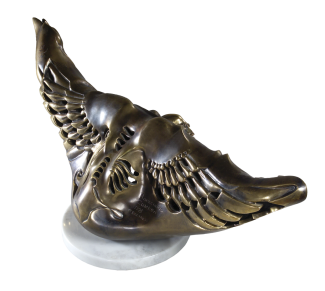 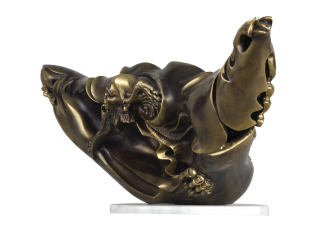 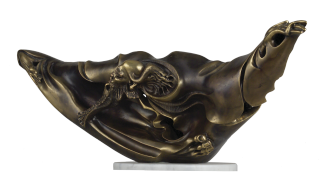 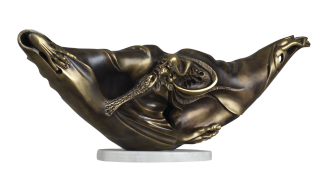 “The most powerful essence in the world is the one

The figure of the sage with folded legs and stretching hands like wings contains several images allowing us to disclose the mystery of the East (Buddhist East) which will always excite a person of the European culture.

The sage’s hands keenly feel the energy of the element. They just slightly direct the stream not opposing the flow which is impossible to stop. His head is bent below the shoulders and his face is turned towards the wind. His eyes follow the direction and the strength of the stream. His cloak flutters,  his hair quivers, he is embraced by the powers of the sacred Universe.

The meaning of the phrase «to live in the flow of water and wind» is crystal clear to the Oriental mind. The sage doesn’t contradict the element. He tries to understand the way the stream moves and uses its power, realising that the current is impossible to handle. The sage does not possess only winged, heavenly essence, though. He is councurrently a human. Therefore he lives on the border between the Heaven and the Earth, he is here and there at the same time. He has two wings to fly and two hands to live. He looks one way but his hands point at a different direction. He is deepened into himself and simultaneously he interracts with the surrounding world.

The images of the composition are simple but have a huge symbolic potential.

This is a Creator that sees a horizon beyond the reach of everyone;

An eagle ready for a flight;

The cover of the gone life - a stony shell

The beard is an ancient Oriental symbol of wisdom.

If you look at the statue from a distance, this man-wing will appear a huge cup. The Cup of Wisdom...

The statue “East” does not only represent great philosophic concepts, it embodies Wisdom and Grandeur. It irradiates a flow helping to achieve great earthly heights.